Okay, alright, you can stop sending out search parties to rescue me from the wastes of my back yard.  Frankly, your concern is embarassing.  Today I am here to write about ignorance, and the form this scourge takes when talking to everyone from total strangers to family about an adoption.

Now I know that you're all going "hey, what now, there are ignorant people that spout off about adoptions?"  And the answer there, as with all areas of life, is a soul-crushing "YES".  And, YES, the loudest and most offensive are often those with the least knowledge or experience regarding whatever it is they are feeling authoritarian about.

I can't speak to everyone's experiences as we don't have our kids yet (soon!?) - I could unpack the emotions in that 'yet', but I digress, for your sake.  For all our sakes.

To be clear, I have no problem with genuinely curious questions from total strangers, acquaintances, friends, family, etc etc.  I've been asked by many people at work (who see me reading one of our many adoption or attachment books) where the kids will be from, why adoption, their ages, if we're infertile, the cost, etc etc etc.  No matter how blunt and forward, they all were motivated by the desire to know more about our decision.  One even said that it seemed like we were taking on other people's responsibilities for their mistakes.  Instead of bursting into flames, I pointed out that every child deserves a future, and that whether economics or irresponsibility lead to a child being adopted, they will have a loving home.

On the flip side of things, other comments have been a little horrifying at times.  Being adults, we strive to converse reasonably and restrain our incredulity when these kinds of thoughts are verbalized - or at least we do our best not to get into a knife fight.  So far so good, your prayers are appreciated.

Some people in our church adopt, probably because it makes them feel good about themselves, or think that it's their calling.

Now, I don't think that I've discussed my religious beliefs much here, but to keep things simple, my beliefs are not properly Christian, but mostly Christian.  I think that if you believe anything at all about God intending something for your life, taking care of those who are vulnerable would be the quintessential calling.  At least, that's my reading of the New Testament.  Feel free to correct me.

As long as we're having a philosophical discussion, let's think about altruism a little.  Doing good things makes us feel good.  That is an indisputable fact.  It bothered me though that somehow everything about adopting kids was roses and unicorns because we spend all day congratulating ourselves on what good people we are.  Who really thinks adoptive parents think like that??

You need to make sure that you are doing this to parent children, not for charity.

Kind of like the first one, but with more horror.  That would be like me telling a pregnant woman to make sure she wants to have a baby to raise and nurture, not just for tax purposes.  Any reasonable analogy sounds ridiculous, but somehow the initial statement did not, to someone.

Yes, we got malaria medication, shots up the wazoo, and spent tens of thousands of dollars in adoption fees so that we could shoehorn a safari into our adoption trip.  No, you cannot come along.

Having kids come from an orphanage would be easier on the parents.  They're not used to getting much attention, so they won't be as needy.

This one almost knocked me on my butt, or it would have if I wasn't already sitting on the floor.  The conversation turned into an argument about why children needed more attention rather than less.  Another analogy:  Children who grow up in an orphanage are used to not eating enough, so they'll be cheaper to feed at home, because you don't need to feed them as much!

Pardon me, but now I have gone and burst into flames.

For those who have missed it, we live in Winnipeg, Manitoba, Canada.  Saying you live is Canada anywhere in the world other than Siberia and Alaska is grounds for jokes about frost bite and polar bears.  Saying you live in Manitoba to another Canadian gets you the same, unless they're from Nunavut or the Yukon - but nobody is from there.  Saying you're from Winnipeg is like saying you're from Detroit, only with mosquitoes that carry away small pets.  In fact, our crime rate would be much higher if only gang bangers didn't have to spend seven months a year indoors.

Take today, for instance.  Days like today, where it's -50c outside, are special days.  They're the kind of days where the minimum recommended clothing for being outside is a pair of wicking socks, a pair of wool socks, then winter boots; thermal underwear, sweats, then regular pants; more thermals, a long-sleeved shirt, a sweater, a hoodie, then your parka, possibly with an extra hoodie squeezed in there somewhere.  I have hoodies in three different sized for the purposes of layering.  Then you've got a gloves, a neckwarmer, scarf, and some kind of fur hat that makes you look like some kind of freakish lovechild of the Michelin Man and Grizzly Adams.  This probably takes 30 minutes to put on.  I go outside to shovel the snow, since we got two feet of it this weekend, and after 10 minutes at most, I go back insisde to make sure I still have a face, and remove any icicles which may have formed.  Warm up, repeat until whatever silly task that needed doing is done.

By some cruel trick of atmospheric pressure, I would actually be warmer today if I jumped naked from an aircraft at 10,000 feet than if I stepped out the front door.  Bringing up the weather here is makinmg polite conversation anywhere else in the world.  Here, it's just rubbing salt in the wound, unless you're not from here - then we get to enjoy the false send of superiority that comes from living somewhere that doesn't have weather so much as cyclic wrath of God.

The time it takes to type this up is about how long it takes to get feeling back in my toes, in point of fact.  So now I'm back at it.  Wish me luck, and if I don't blog again in the next week, send a search party to my backyard.

Apparently something got changed in how images were displayed.  Guess that's what I get for not paying attention.  Blog fixed!
Posted by Sean and Yuliya at 12:48 PM No comments: 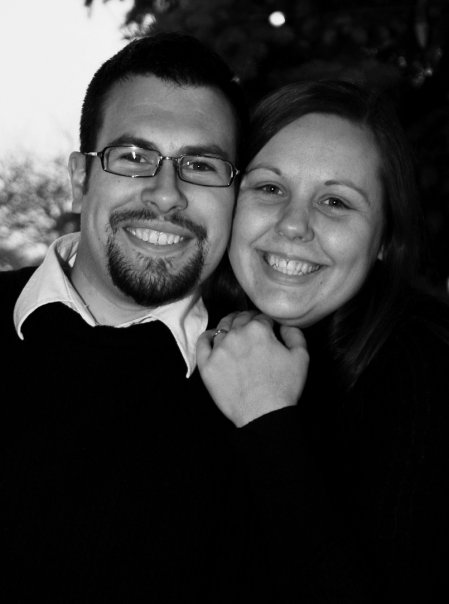 Sean and Yuliya
We live in Winnipeg, Manitoba, Canada. We've been married five years, emerged from post-undergraduate poverty, bought a home, and now are looking at the task of filling it with little people. We are currently working towards adopting a sibling group from Uganda. We anticipate a story with ups and downs, some dry humour, and pictures of our cats. A wild ride to be sure.

Info, Resources, and things which are Interesting

Donate if you dare!

Adoption Blogs Which We Love, And You Should Too